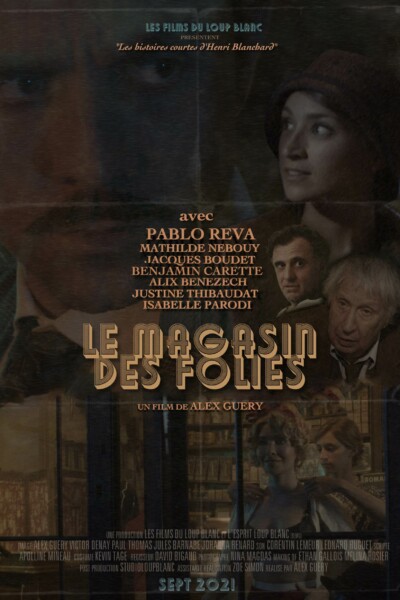 Eugène is a theater successful director in full search of a romantic identity who will soon meet his muse.

The Madness Store (Le magasin des folies) is the first opus of a series of short films taken from “Histoires courtes d’Henri Blanchard” (The short stories of Henri Blanchard) created by Alex Guéry in 2013. After 9 years in the drawers, Alex takes over the script on January 12, 2021 and launches the production. Filming lasted 7 days in the town of Veigné at the Domaine de la Championnière and in the museum of old shops in Doué-la-Fontaine. 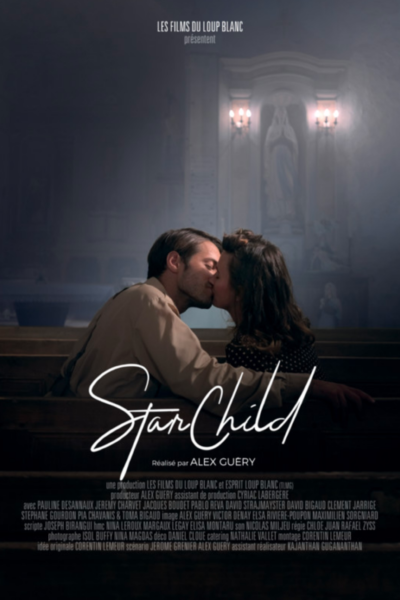 Dani, a 25 year old young woman is in search of identity. She goes to the mansion of Mr Blina, an old man who knows the story of Alice, her great-grandmother, and the secret around that particular night in 1944.

StarChild started from an original idea by Corentin LeMeur in 2013. Developed in the spring of 2020 during the Covid-19, the film was shot over 9 days in the summer of the same year and post-produced in the fall. The short film received excellent reviews and awards in the United States and around the world. It has received several times the award for best film, best director and best cinematography and the award for best indie film at the LAFA in Los Angeles.